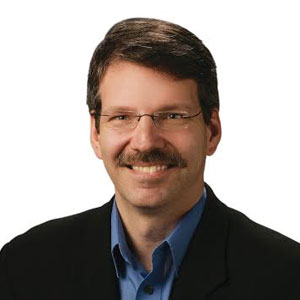 PhilipPokorny, CTO, Penguin Computing, Philip Pokorny is responsible for all aspects of the Penguin Computing hardware products. After joining the company in February, 2001 as an engineer, ...  More >>

Less than five years ago Facebook announced the Open Compute Project (OCP), a cooperative industry effort that has resulted in the delivery of significantly more efficient hardware to a broader marketplace of high performance computing customers.

Facebook had the forethought to create the Open Compute Foundation and share IP from designing a highly efficient computing infrastructure at an extremely low cost. A wide range of industry companies subsequently joined forces under the OCP umbrella to continue the path of innovation for storage, server and data center hardware that scales using a collaborative development model that has worked so well for open source software.

For my company, Penguin Computing, being an active member of the OCP community is a natural step as an early Linux pioneer that understands the benefits of community driven solutions. For the OCP, this includes being an OCP Solutions Provider authorized to bring these products to market, participation in the working groups, and submission of feature enhancements such as a one OU tray and sled design with multiple motherboard options.

Having an opportunity to approach hardware in a collaborative manner brings out the best in all participants. Facebook’s volume and the OCP made new avenues possible for broader markets due to amortization of design experimentation for new open rack form factors. We've developed designs with up 96 nodes per rack, better space efficiency, better thermal design and a multitude of features that are expected by enterprise customers. The early OCP community was best described as being excited about contributing and the tremendous possibilities ahead. Now it’s time to achieve the next stage, greater market maturity, using the designs of others, reducing operational complexity and not reinventing the wheel.

Facebook got the ball rolling in a big way and now others have stepped in targeting highly dense solutions. Those of us involved are ‘standing on the shoulders’ of Facebook for the collective Open Compute Project, as Linus Torvalds is known for saying about the successful open source development of Linux.

A major piece to the puzzle in gaining further market maturity is broader participation of customers in the process. A key tenet of the OCP philosophy is that users understand what they need and want, so it’s critical that they be included in the ecosystem. Part of this equation is continued education to the marketplace that customers don’t need to be large scale data centers to benefit from OCP innovation, or to be part of the community. In fact, the evolution of the OCP has moved in the direction of broadening opportunities for smaller organizations to realize HPC advantages based on these new designs. This was not anticipated at the outset of the organization, which is an important lesson learned for all involved and the broader industry. The cascading, positive impact of OCP is going to be felt well beyond the large data center customer.

All customers should continue to contribute ideas, influence supplier participants and they must also be willing to step up and consider OCP-driven products when the time comes to do so. That’s where the rubber meets the road in the next phase of the OCP. The stage has been set with impressive cooperation and preparation for customer engagements. It’s incumbent on the marketing and sales arms of participant companies to make a strong case for these products and of course the exceptional features will go a long way in helping the cause. My company is seeing significant opportunities for OCP-driven products and my expectation is for continued growth in customer interest.

In fact, a major step forward for OCP product credibility was realized late last year when the U.S. Department of Energy’s National Nuclear Security Administration (NNSA) selected one of the world’s largest ever OCP-based designs in Penguin Computing’s Tundra Extreme Scale (ES) series. The systems are being procured under NNSA’s tri-laboratory Commodity Technology Systems program, or CTS-1, to bolster computing for national security at Los Alamos, Sandia and Lawrence Livermore national laboratories. It provides NNSA’s Advanced Simulation and Computing (ASC) program with high-performance computing clusters for its mission to ensure the safety, security and reliability of the nation’s nuclear deterrent without underground testing – a program called stockpile stewardship.

In stark contrast to the philosophy and accomplishments of the OCP is a broader industry hampered by patent battles, in attack and defend mode, a counterproductive culture for the companies involved and customers. Ultimately, it’s a drain of creative energy and resources compared to the promise and very real achievements of the Open Compute Project, which maintains focus on giving back to the industry and rewarding customers.

Riding The Wave Of Digital Transformation: How Can Smaller Fi's Compete?

The 7 Tips For A Successful Master Data Migration And Ongoing Data...

Time For A Talent Reboot - Shifting From Management To Experience