Cloud At The Edge

Cloud At The Edge 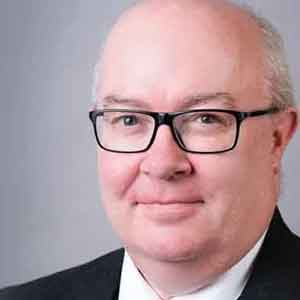 For all the hype that we are hearing about “the edge”, it is worth understanding why we need it. It’s not just another way of making IT a bit better than the last way, it’s about building the infrastructure for a whole new class of software – the “edgenative application” – that will allow us to do things that cannot be done without edge infrastructure. So, what is so special about an edge-native application?

First of all, edge-native applications NEED to run, at least in part, in an edge data centre. They cannot run entirely in the cloud, or on a mobile device, or IoT device. They are dependent on at least 1 or more unique features that only edge data centres can provide.

“For most applications, an edge cloud approach will be the only economically viable way of deploying edgenative applications at scale”

Developers of edge-native applications need special platforms that they can deploy their software onto. Mostly, they will need to use some form of cloud platform to get the flexibility, scalability and application services that they require. The edge cloud platform needs to manage several services for applications seamlessly and transparently, such as mobility – the ability for applications connected to specific users to move between edge data centres without intervention, with full state replication being handled by the cloud stack and network; resilience – automated failover between edge nodes in failure modes, again without intervention; and, routing – intelligent switching of data between end-points, core platforms and edge platforms. The main public cloud providers (AWS, Microsoft and Google) have their solutions, such as AWS Wavelength, that address the developers’ requirements for edge cloud services. These are not yet widely deployed but are available in limited locations, mostly in the US and Asia.

There are also “neutral” edge cloud platforms that can be used instead of the hyperscale solutions, providing a “bare-metal” or “serverless” platform that allows developers to access edge functions and run-time resources as well as providing the underlying infrastructure and functionality to support mobility and resilience. EDJX.io and alefedge.com are just 2 examples of edge cloud solutions. For most applications, an edge cloud approach will be the only economically viable way of deploying edge-native applications at scale, especially for applications which involve mobility – either the source or consumer of data (or both!) being on the move between physical edge locations. Vehicles are a prime example of this – many are now considering vehicles to be edge devices in their won right. Modern cars, for example, are like small mobile data centres with large numbers of sensors, processors and communication devices onboard. The potential for edge applications in enhancing passenger and driver experiences is a major driver (pun intended!) for solving the mobility challenge.

Waypoint : A Way-Cool Way to IT Transformation

TriCIS LTD: Serving the Frontlines of the Digital Battlefield

Ensuring Diligence In The Technology Era

Unlocking The Power Of Your Asset’s Data

Enterprise Agility In The Face Of Rising Cyber Threats

Digitalizing Energy Asset Management– Not A Walk In The Park